People tested positive for both anti-HCV and HCV RNA are diagnosed as having HCV infection, and should be treated. 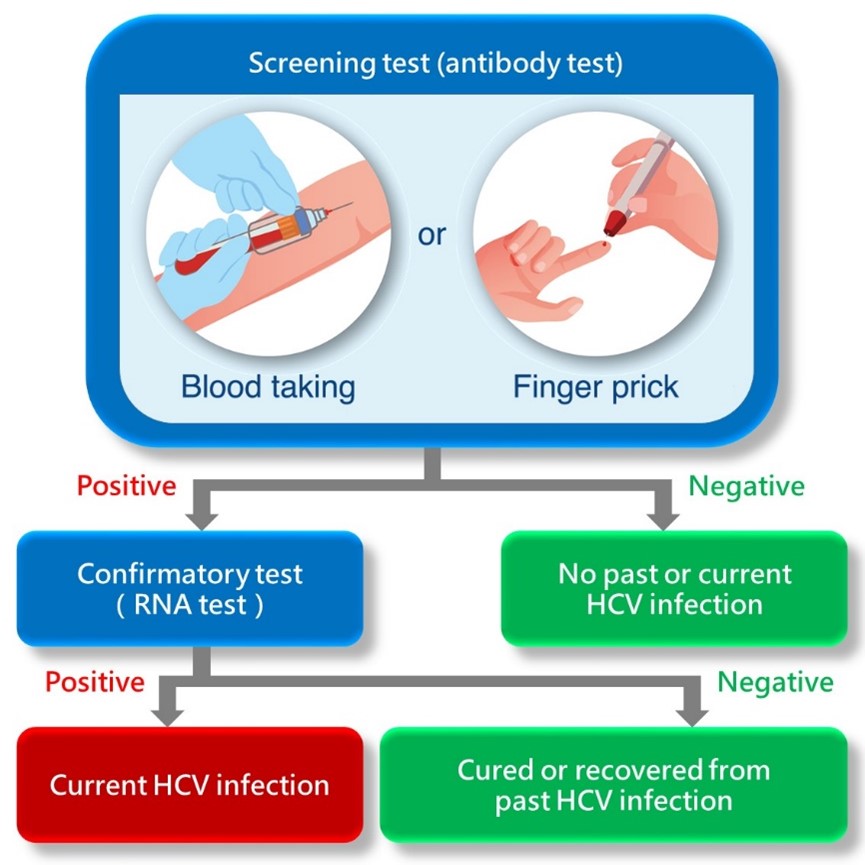 There is no vaccine available against hepatitis C. The following measures should be taken to prevent hepatitis C: